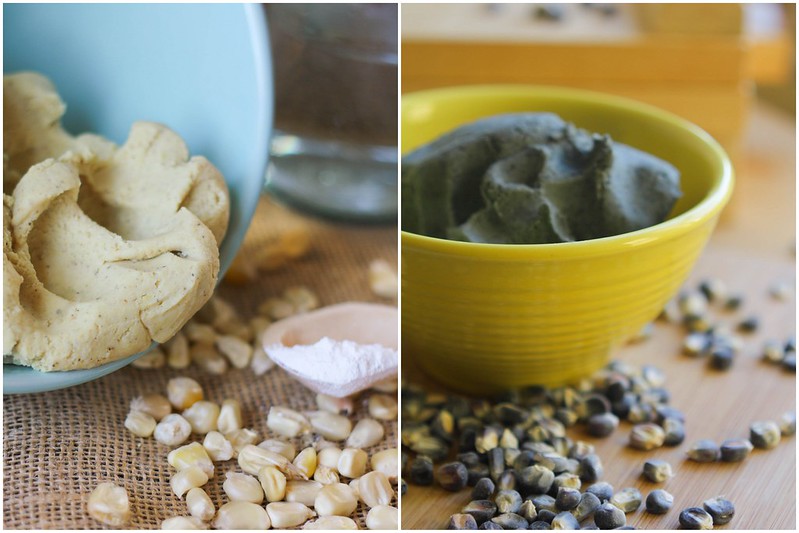 About a year and a half ago, I wrote a post about the art of making tortillas. In that post, I commented on my naive misunderstanding of the beauty of the tortilla. It’s sad to think, but when I lived in Mexico, I never stopped to question where that silky, soft masa (corn dough) came from. Goodness! It is the backbone of Mexican cuisine, and I took it for granted. It wasn’t until I returned to the U.S. that I began my journey of research on fresh corn masa. And, what a journey it has been! After about two years of lots of trial and error, I can confidently produce beautiful, smooth masa in my own home. I still can’t believe it!

So, let’s talk about this. Corn would not exist if it weren’t for humans. Scientists believe that the ancient people of Mexico developed corn about 7,000-10,000 years ago from a wild grass called teosinte. People of this region began to cultivate maize or corn, and it eventually became an important crop for these ancient civilizations. In fact, maize was not only an essential crop, but it was also a culturally significant symbol. The Mayan people believed that corn was a gift from the gods, and it was their sacred duty to cultivate it. According to the Popol Vuh, the sacred book of the Maya, the gods mixed their own blood with corn flour to create mankind. As result, The Maya believed that they were children of the corn.

Around 1,500 BC, the people of Central America (most likely women)  figured out that cooking dried corn in alkali water (water with lime/calcium hydroxide or wood ashes from their cooking fires) loosened the tough skins of the maize. As a result, they were able to easily grind the corn into a soft dough. This technique called nixtamalization not only made the corn easier to work with, but it also gave the corn increased nutrition by enhancing its protein and releasing a vital nutrient called B3. When Europeans adopted corn as a staple grain, they did not see the need for nixtamalization because their milling technology was very advanced. As a result, widespread malnourishment and vitamin deficiencies like Pellagra, ensued. The discovery of nixtamalization was truly a breakthrough technology.

In addition, ancient Americans developed milpas, or gardens that employ companion planting. Often referred to as the Three Sisters System, corn was planted together with beans and squash. Corn provides a natural pole for the beans to climb up. In addition, beans help stabilize the corn plants and prevent them from falling over in the wind. Beans also add nitrogen to the soil, increasing the overall fertility of the ground, and squash vines act as mulch blocking out emerging weeds and maintaining ground moisture. When these foods are eaten together (especially when the corn is nixtamalized), they provide a complete protein.

Now comes the sad part of corn’s history. In 1988, the first genetically modified corn was produced. Why is this so bad? Genetic modification of our food has been linked to food allergies, organ damage, gastrointestinal problems, immune system disorders, accelerated aging, and infertility. In addition, GMO crops provoke increased pesticide use, a decline in biodiversity, and a decrease in overall crop production. As of 2014, 89 percent of the U.S. corn crop is genetically modified. Corn is an open-pollinated crop, which means it is pollinated by the wind. Even if a corn crop is non-GMO, it can easily become contaminated by a neighboring field that contains GMO corn. As of right now, the U.S. FDA approves the production and sale of GMO corn, while 26 other countries have banned GMOs altogether. As of 2013, Mexico banned the production of GMO corn. It is important that you search for non-GMO corn.

This is why I source my corn through a company called Masienda. They sell Mexican landrace or native corn that is carefully grown by farmers in Mexico. When you buy non-GMO corn, you are supporting crop history and biodiversity, as well as rural farmers in Mexico (who have suffered greatly as a result of the NAFTA agreement).

In ancient times and even today, nixtamalized maize was ground on a metate, a stone table of sorts with a stone rolling pin. You can still buy metates today, but the preferred method of grinding masa is with a molino or mill that uses a large volcanic stone. Some people prefer to use hand mills to grind their nixtamal. I personally would like to get my hands on the molino that appears in this video. Unfortunately, I have neither a metate nor a large molino. While I do own a hand mill, I have found that this is not my favorite method nor the best for grinding the corn. After much experimentation, I have discovered that using a large food processor does a pretty nice job of grinding the nixtamal into masa. This is the method that I detail below. I think that you will have a lot of success with this method. Making fresh masa might seem tedious at first, but once you learn the process you will find that it is easy and somewhat relaxing. In addition, there is no comparison between real, fresh masa and that made with maseca (dried masa in a bag).

If you have any questions about this process, please do not hesitate to leave a comment below. I would be more than happy to talk to you about making masa. Good luck and let me know what you think! 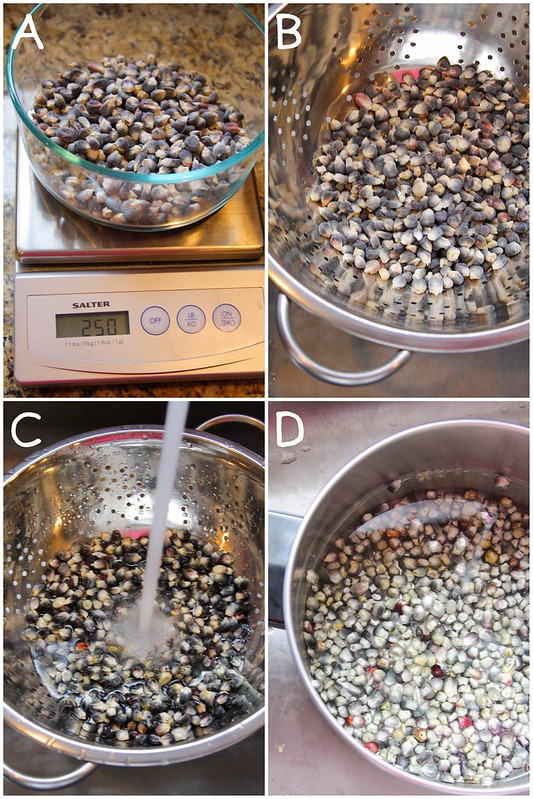 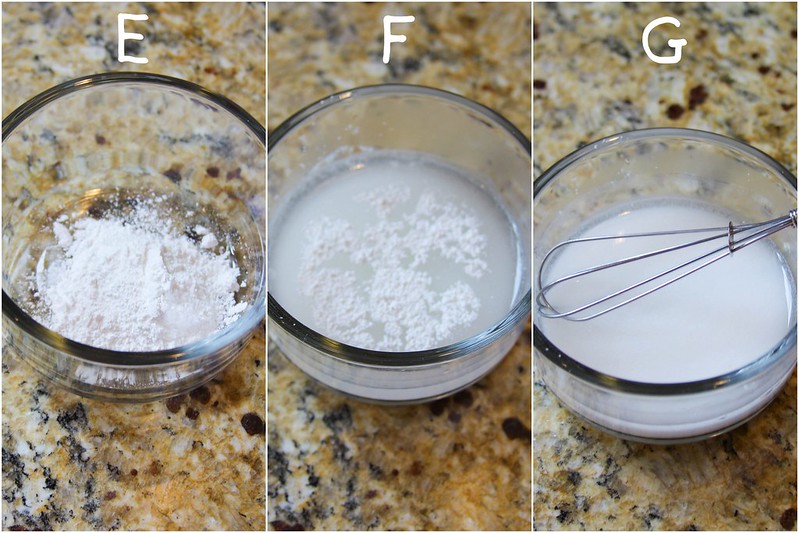 (E) Measuring out the lime/calcium hydroxide, called cal in Spanish (F) Adding water to the lime (F) Whisking together to form a uniform solution 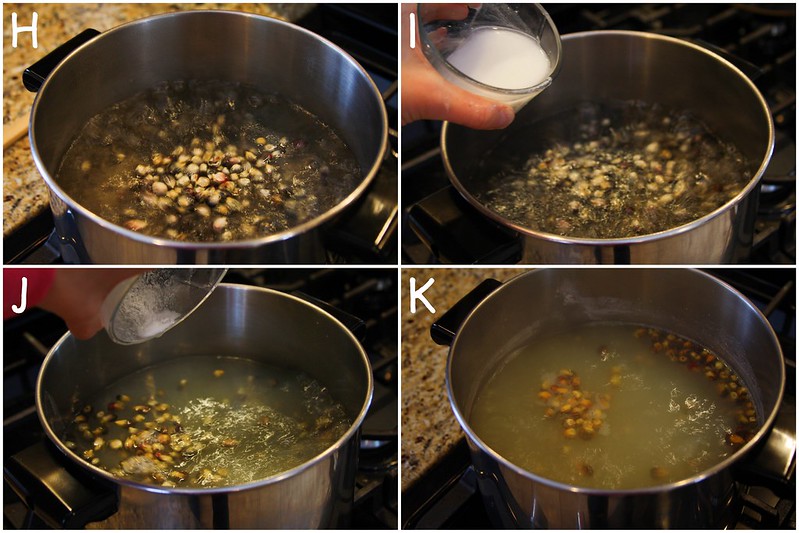 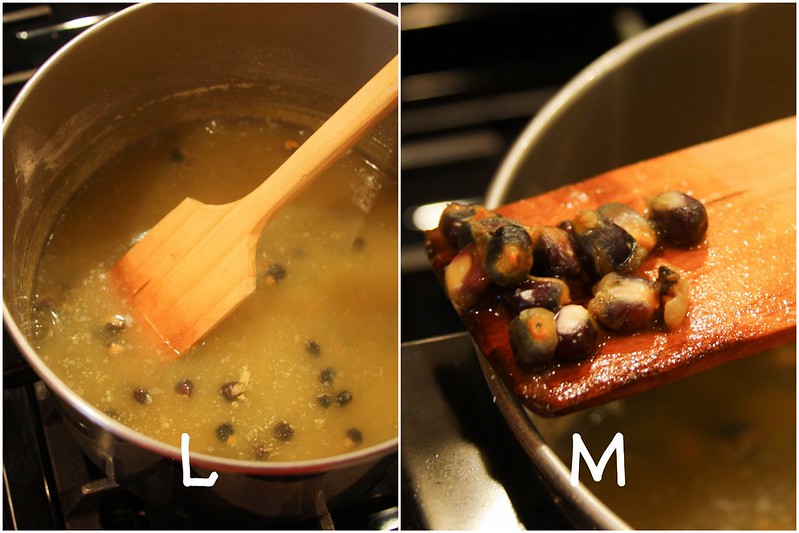 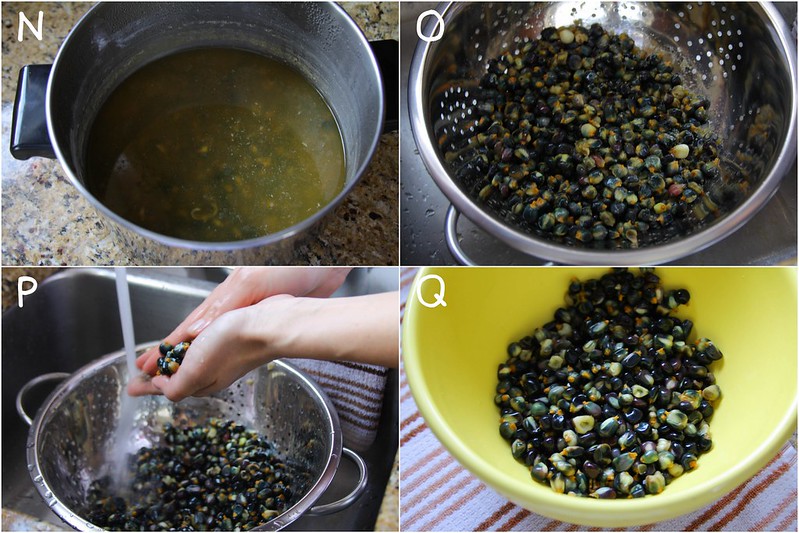 (N) Nixtamal after it sat overnight; you can once again see it is slimy. This slimy water is called nejayote. (O) Nixtamal drained in a colander (P) Rubbing the nixtamal between hands to remove the outer skin (Q) Cleaned nixtamal…so shiny and pretty 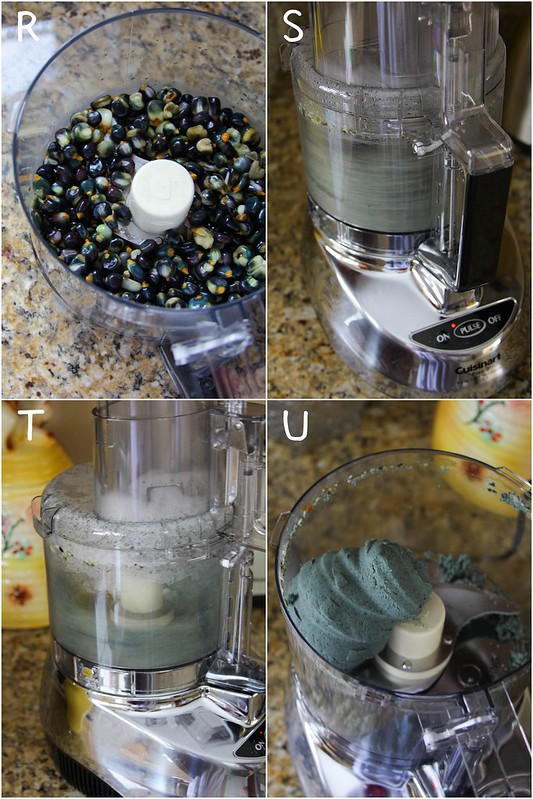 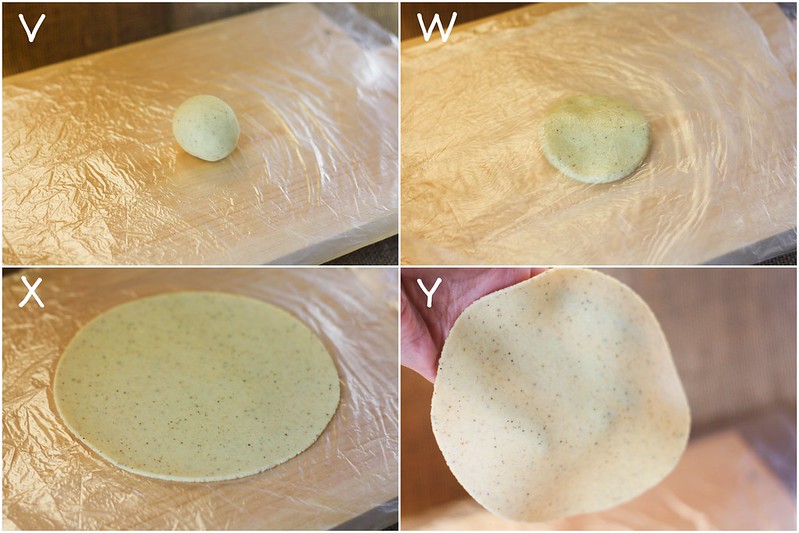 Place other plastic on top and smash slightly with hand (X) Using a tortilla press, form a tortilla. Press once, rotate, press again (Y) Your tortilla should be pliable and easy to handle 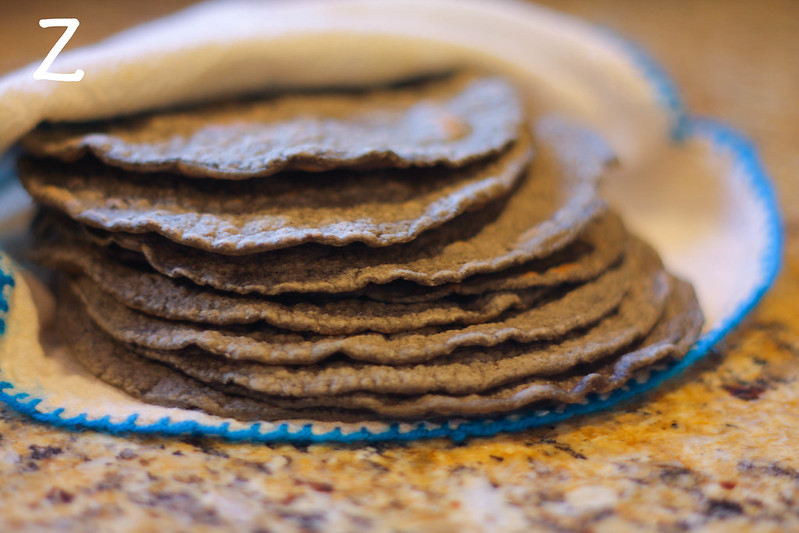 (Z) Freshly made tortillas cooked on the comal

Nixtamal for Fresh Corn Dough (Makes about 2 lbs. of masa when ground)

Nixtamal for Fresh Corn Dough (Makes about 1 ½ lbs. of masa when ground)

Nixtamal for Fresh Corn Dough (Makes about 1 lb. of masa when ground)**

→Fill the pot about half way with cool water. The water should cover the corn by 2 inches or so. There will be a few pieces of corn that float to the top. I usually skim them off and discard.

→Place the pot over medium-high heat and bring to a boil. (E) In the meantime, measure out the lime/calcium hydroxide in a small bowl. (F) Add the water. (G) Whisk together using a fork or small whisk.

→(H) Once the corn comes to a boil, (I/J) pour the lime/calcium hydroxide mixture into the pot. (K) The corn will instantly turn a yellowish color. Stir the corn with the cal to incorporate.

→Reduce the heat, and let the corn simmer steadily for one hour. (L/M) Then, turn off the heat. Put a lid on the pot and let sit for 8 hours or overnight.

→(N) The next day, the nixtamal will be slimy-looking. (O) Pour the corn into a colander to drain the slimy water (called nejayote). (P) Then begin to rinse the corn. You are trying to remove the outer skin from each kernel. To do this, rub the corn back and forth between your hands under cool, running water. (Q) You will begin to notice that the corn feels clean and likes shiny.

→(R) Pour about two cups of the cleaned, nixtamalized corn into a large food processor. Add about 1 tsp of water. (S) Turn on the food processor, and let it run for about 7 minutes. (T) At around 5-6 minutes, you will notice that the nixtamal will start to come together to form a smooth masa. You may need to add another teaspoon of water at this time. Once a ball has formed, let it spin for another minute to achieve a really smooth dough (U).

→I usually break up the ball of masa and put it back into the food processor for one final spin (the finer the grind the better). This only takes about a minute.

→Place the freshly ground masa in a bowl and cover with plastic wrap to retain moisture. Repeat with the remaining nixtamal.

→Use the masa immediately or store it in the fridge for one day. You can place the already ground, cold masa in the food processor the next day. Not only will it warm the masa up, but it will also help you to achieve an even finer grind. You may need to add a few teaspoons of water while re-grinding.

→If you feel that the masa is dry, you can always hand-knead water into the dough. You will be surprised at how much water it accepts. The masa should have the consistency of a soft, smooth, and moist Play-Dough.

→(V-Z) show you how to make the tortilla.